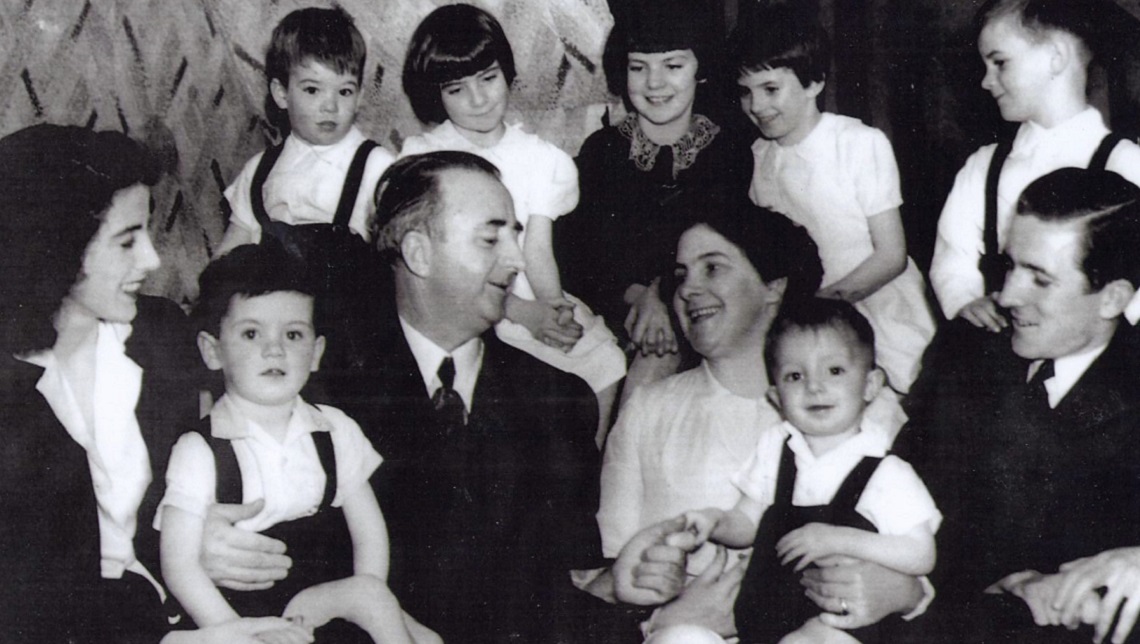 A trip down memory lane

Darling had the pleasure of speaking to Leora O’Carroll who co-authored the book “Maureen O’Carroll: A Musical Memoir of an Irish Immigrant Childhood” with her mother, Maureen, an acclaimed cellist. 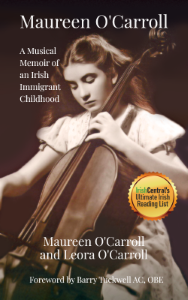 Maureen’s family immigrated from Ireland in 1925 to New Zealand and then on to Australia, setting up home in Balmain in 1930, and eventually growing their brood to 10 children all with musical talents. This abridged chapter, “The Anchor Hairdressing Salon” from the memoir, took place during The Depression and gives us a taste of days gone by in Balmain where community spirit, friendship and industry were alive and well as it is today... not to mention a drink from the London Hotel.

220 Darling Street was a free-standing, two-storey terrace house in which we lived and many of us had been born. The centre of activity was the kitchen which was furnished with a wood-burning stove, a sink, hanging mesh food keepers and a large rectangular wooden table with benches on either side where we had all of our meals, where homework was done and, when padded with an old blanket, doubled as an ironing board. Also on the first floor was the living room [...] which led through to our barber shop, the Anchor Hairdressing Salon. If the kitchen was the hub of activity for our family, the Anchor was certainly a hub of activity for much of Balmain.

Facing Darling Street, the main thoroughfare of Balmain, the salon was situated well for business in an area bustling with activity. Within a short distance was the large Colgate- Palmolive soap factory, the Poole and Steel ship works, three ferry wharves and the London Hotel. Every few minutes, trams clattered by in both directions, with brazen young paper boys jumping on and off the moving cars, crying out in a nasal voice “payp’rr, payp’rr” and dispensing newspapers from the pile held under one arm and with the other, collecting money and making change from a leather pouch strapped around their waist. While there were very few cars or trucks along Darling Street, noisy street vendors were common, peddling their goods from horse-drawn carts or hand barrows, attracting customers with street cries for their various specialized items and services – “Bottle-O, bottles and rags, Bottle-O”, “Clothes poles, clothes poles!” and a cry very popular with the housewives – “Rabbit-O, cooked stuffed rabbits, Rabbit O!”

Adding to the chorus of calls on Darling Street, was the Anchor’s resident hawker, which was in fact a green parrot, stationed outside the salon in a large cage. Dad had trained the popular bird to repeatedly screech “Haircut, Sixpence! Shave, Three pence!”

[...] The most popular feature of the Anchor, however, was not the barbering or the gifts, but Dad’s other business – his lending library. Housed in a partitioned area at the back of the barber shop, was a small collection of books which included volumes of Macaulay’s History, The Complete Works of Benjamin Disraeli, and The Novels of Lord Lytton, all undoubtedly purchased as a lot by my father at an auction.

They were dry and unreadable Victorian works, but they weren’t meant to be read. One of dad’s sidelines was bookmaking. He wasn’t binding more volumes for the library but taking bets on the horse races. Bookmaking was an illegal activity, but this didn’t stop many shopkeepers from engaging in it, and my father enjoyed maintaining a unique system to disguise the betting; a borrowed book would be returned with the bet and money placed inside, and another book would be checked out ready for the next bet.

On Saturdays, the Anchor was a social centre for many local men, who were off work that day and would evade their share of household chores by insisting to their wives that they need a haircut or shave. But of course barbering wasn’t the main attraction. Saturday was the most important day for horse racing and consequently, a particularly busy one for the lending library. Clutching their Lord Lytton novels, the men would hover around the radio in the smoke-filled Anchor, engrossed by the announcer’s incessant monologue of race results from tracks around the country, and as this was thirsty work, they took turns carrying a billy can up the street to the London Hotel to be filled and refilled.

The lending library was enjoying a burgeoning patronage when my father fell victim to an informer. It was suspected that the woman who ran the comic book shop a few doors
away didn’t appreciate the competition, and one day two policemen came into the Anchor – “We’re sorry Jack, but we have to take in your account books.” They probably were sorry too, also being patrons of the lending library. My father didn’t say anything but looking unconcerned, beamed one of his cheeky grins and proudly handed over his ledgers. All of his records had been written in Gaelic.

Gaelic was not a common written language in Australia and while many Irish people may have spoken the ancient Celtic tongue, there were very few who read it. An attempt was made by the authorities to find a translator. The search was unsuccessful, and even if there was someone who could translate Gaelic, no self-respecting Irish person would have ever agreed to be employed in such a fashion. Without the required evidence, the case was dropped and my father resumed his concerns at the Anchor, congratulated by all the eager literary members of his lending library.

We acknowledge the Traditional Custodians of the land on which this business operates, the Gadigal and Wangal peoples of the Eora nation, and pay our respect to Elders past, present and emerging.